based on two sources:

The present Tower was built from early 16th century onwards, and the first bell was hung in1552. There is a 1651 record of five bells plus a clock and chimes.

The present clock is therefore the second to be installed in the tower and was completed in 1739 by Ralph Cloud, clockmaker of Beaminster. In 1764/5 the five bells were melted down and recast, in the churchyard, as eight bells by Thomas Bilbie of Cullompton, Devon            .

The chiming barrel was added in 1767 by Thomas Bilbie and is reported to have played two tunes alternately for the next 13 years. In 1780 the pins on the barrel being badly worn were reconfigured to one tune - “Hanover”  and this continues to play twice, at three hour intervals, to this day [9am,12noon, 3pm, 6pm ,9pm]. The bells were tuned, rehung and quarter turned in 1887 by John Taylor of Loughborough.

The clock, which has no clock face on the outside of the tower, was “remade” in1929 by W J Ives, also of Beaminster. In the 1960’s the clock mechanism was repositioned from the west to the east wall on to a new steel frame. In 1967 Taylors replaced the old 1765 wooden frame [for eight bells] with a steel frame [for ten bells]. At about the same time the clock, which until then was driven by falling lead weights wound up daily by hand, was converted to electrical winding.

In 1972, the ringers under the leadership of their Tower captain Joe Barrett, raised the funds for two new bells to be added, by Taylors, making a present ring of ten. 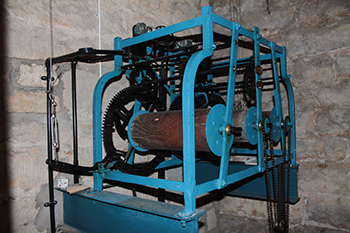 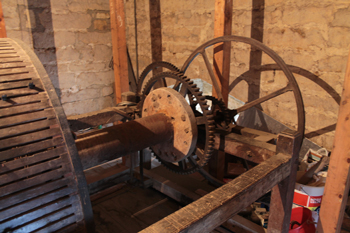 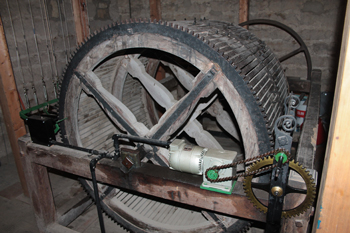 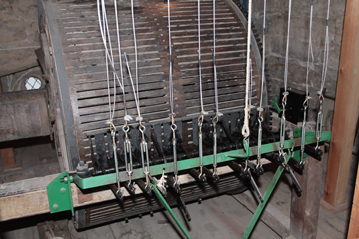 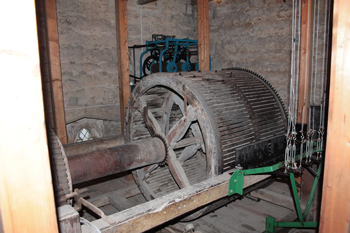 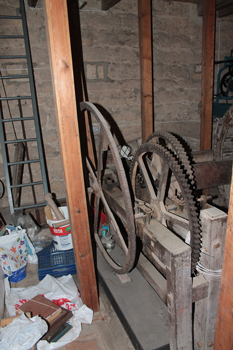 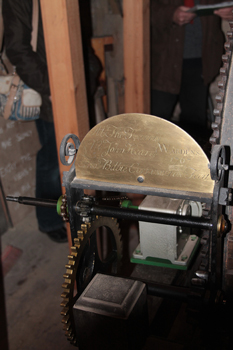