Could YOU Become a Ringer?

From the Central Council of Church Bellringers Website, with thanks.

For centuries church bells have been chimed by ropes and levers attached to the headstocks from which the bells were hung. The replacement of levers by wheels, which began in 16th-century England, gave the ringers better control of their bells, allowing sets of bells (rings) to be rung in systematically changing patterns. We call this change ringing.

Today there are more than 40,000 change-ringers in the British Isles and smaller numbers in Australia, Canada, New Zealand, Southern Africa and the USA. They are young and old, men and women, short and tall, girls and boys, non-musical and musical, church-goers and non-churchgoers. They come from all walks of life, but they share a fascinating hobby and a commitment to their team. 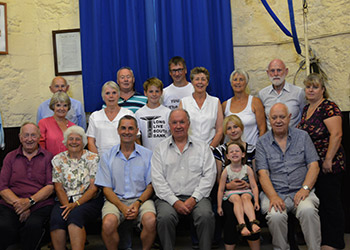 Tall, short, old, young - all part of the team

Here's a short recording of the 10 bells of St Michael's church, Southampton. You can find many other audio and video recordings by visiting the Library of Bell Recordings.

How is it done?

The bells are tuned to a normal (diatonic) scale and it is usual to start with ringing down the scale, a sequence which ringers call "Rounds". The order in which the bells sound is then altered to give different sequences called "rows" or "changes".

Call changes and a few standard methods are rung in most towers and this makes it very easy for ringers to visit and ring with other bands. There are many more advanced methods which provide a continuing challenge as ringers gain proficiency.