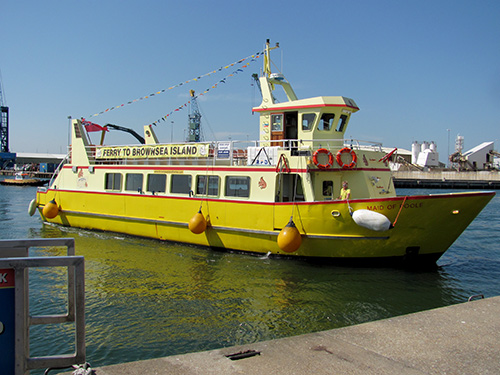 The South Somerset Friday Band, plus friends, recently had an outing with a difference.  We met at Poole Quay and caught the boat across to Brownsea Island. 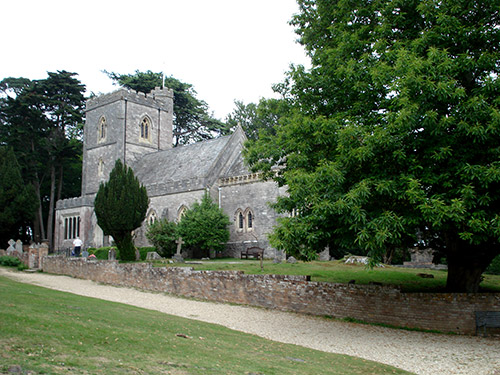 Arriving in time for coffee we headed straight to the café.  From there it is a fairly short walk to the church, where we had permission to ring all day if we liked!  It was a boiling hot day, and there was no need to light a fire in the fireplace in the belfry.  (I wonder if they ever do light it?  Wouldn’t it be lovely to ring by firelight and sit around it between rings on a cold day?) Our ringing suffered from the heat, and we really didn't do the bells justice. 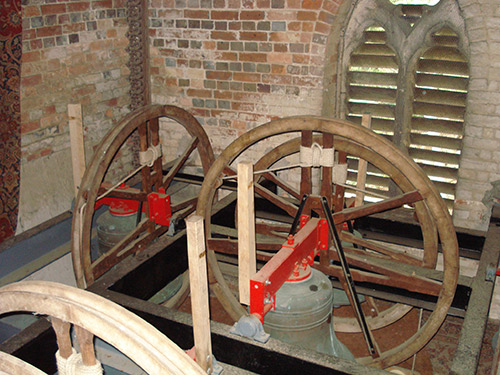 Some keen members were determined to ring a Quarter, so after lunch they incarcerated themselves in the stifling hot tower and went for Grandsire Triples.

The sensible members of the party headed off to explore.  Some went on a guided tour of the nature reserve.  It was nice and cool under the trees and there were plenty of birds to see, but the red squirrels were all having a siesta and nobody saw one. We were surprised to find that there are some big lakes on the northern side of the island, which provide habitat for lots of different species. 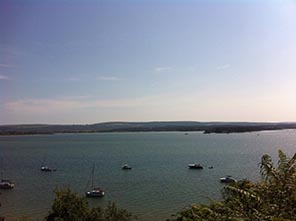 About half the party went down to the beach on the southern side, where it is possible to swim.  And swim they did!  Though they did say that the current was keen to sweep them off around the bay!

Listening from various vantage points around the island, we were dismayed to hear the Quarter Peal come to grief after forty minutes of good ringing!

After a full day on the island, we caught the last ferry home.  This was a real treat as instead of a ten minute crossing, we had a forty minute cruise around all the little islands.  Everything sparkled in the sunlight, and the colours were breathtaking.  We couldn’t really hear the commentary, but we were able to identify Furzey Island, Green Island and Sandbanks.

Not a great day for tower grabbers or quarter pealers, but one which we shall all remember for a long time.