The Carter Ringing Machine was designed and constructed by John Carter over a period from about 1895 to 1925. Initially the machine was designed to ring a collection of bells mounted on top of the machine, with striking being achieved by purely mechanical means. The sound of the machine was poor, due to the small size of the bells and so when it became feasible to do so, Mr Carter redesigned the machine to do the ringing electrically, and a cabinet of bronze handbells was built. The electrical pulses produced by the machine operate solenoids with hammers attached. This produces a much nicer tone, essentially the same as when a team of handbell ringers ring a peal.

Once the machine was completed, Mr Carter gave the machine to the Central Council of Church Bellringers, and they appoint two Stewards to ensure that the machine is maintained and kept in working order. 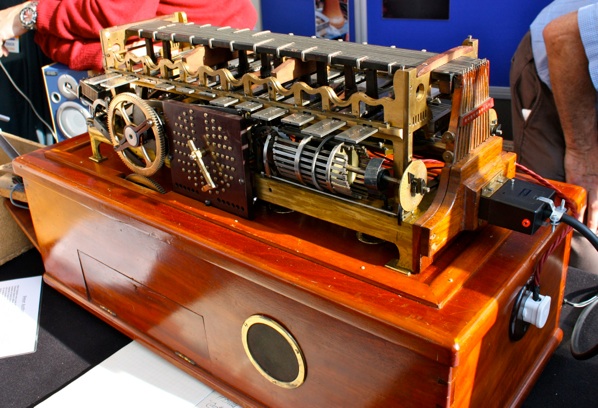 Initially the machine was stored in the Science Museum in London. After a period during which the machine was essentially just a static exhibit, and effort was made around 1950 to return the machine to working order and this was achieved and talks and demonstrations were given in the Museum. At some point it became clear that the Museum considered the machine to be a lesser importance and it was relegated to a storage area. At this point it was decided to move the machine to the Science Museum in Birmingham which is close to the area where Mr Carter had lived and worked. After a number of years there it then suffered the same fate and at that point it was moved to the Museum at the Tayler Bell Foundry in Loughborough where it remains.

My Involvement with the Machine

On occasions, the machine is demonstrated and it was on one such occasion that I was first privileged to see the machine in operation. At that time, I was intrigued by the mechanism and requested more information about how it worked. I was informed that Mr Carter left behind notes on the operation of the machine, but no drawings of the parts that made up the machine. In a rash moment I offered to undertake to produce a set of drawings, but would require access to the machine over a prolonged period in order to make measurements and determine just how it all fitted together.

Having collected my data, I went off home to start producing computer aided drawings of all the parts. For a long time other things took precedence and the project fell into abeyance, but in 2009 I resumed work on the project. With most of the parts drawn up I realised that I had overlooked a number of measurements and so a number of further short visits were made. The drawings of individual parts are now complete and only a number of composite drawings remain to be done. 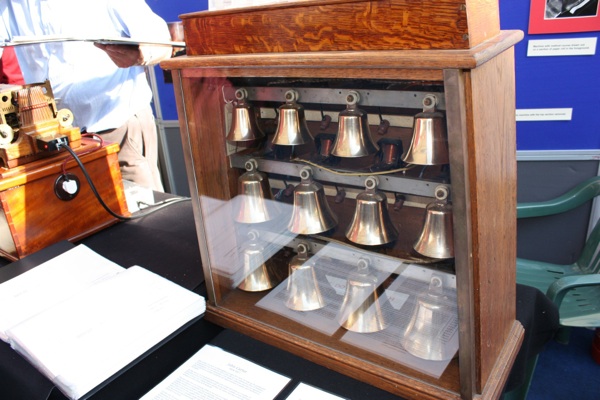 Shortly after my stay with John Anderson, both John and Alan decided to stand down as Stewards, and two replacement Stewards were appointed: Alan Berry, who worked at Taylor's Bell Foundry, and Barry Ward who had worked in the Science Museum in Birmingham. Sadly, Barry died just before Christmas, 2009 and a replacement was needed. I felt greatly honoured to be asked if I would undertake this rôle and eventually, at the Annual General Meeting of the Central Council I was appointed Steward.

My first public appearance was actually the day preceding my appointment as the Bell Foundry were having an open day to coincide with the AGM weekend, and I was asked if I would talk about the machine and demonstrate it to those who attended.

Needless to say, the machine performed tolerably, but not 100% reliably, so I have been trying to resolve some of the problems that I became aware of. I will be creating some web pages detailing the problems and my proposed solutions, and hopefully how well they suceeded (or didn't).

A 'personal' project arises because of my lack of the ability to follow a peal by ear. Skilled bellringers can tell immediately if the machine is misbehaving and does not follow the expected course. In order to check the behaviour in the absence of such experts, I am building a computer interface to the machine. This can be inserted into the connection between the machine and the bell cabinet. The computer can then record the sequence of strokes and check these against the expected sequence and report any errors. Once the problem causing the error has been fixed, the computer will then provide a confirmation that the expected sequence is now being followed.