Conductors are a Funny Lot!

By Lucy Williamson of York and Ipswich

Conductors are a funny lot……

Since I returned home to Britain after my year abroad I have been to a ringing practice every weekday evening. Yes, I’ve probably overdone it. No, I don’t regret it. My uni friends have made far too much progress since I’ve been away, so I’ve got a lot of catching up to do! Doing this much ringing in such a short space of time has made me realise that just as there are different categories of ringer there are also different types of conductor. Many are a mix of some (or indeed all) of the following, but here are my observations of the main categories...

Whether it’s a very elongated “baawwwwwwb” or a “single” that is so extravagant it actually sounds like “seagull”, however the comic conductor calls something it makes you want to laugh. In true Rowan Atkinson style, these people could probably manage to make any word amusing. This is of course great fun but not ideal when it really matters, as generating laughter at a crucial point in a peal, 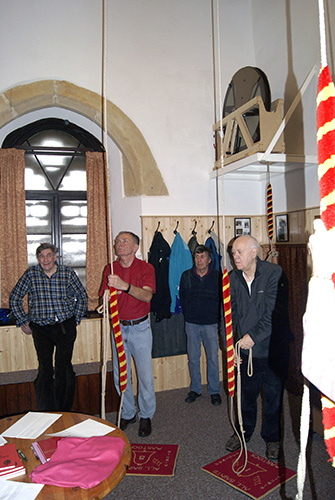 quarter or service touch could be fatal. Calls can sometimes be a little on the late side but this person is usually also the first to volunteer to call anything, even if it might not come round.

You cannot miss the calls of this type of conductor because they are so loud that they make you jump out of your skin, even when you’re not ringing! Usually an especially self-assured character who takes great pride in their ringing, these guys are always confident in putting people right but are also capable of very assertively telling people the wrong thing. “Oh for goodness sake, you’re in 3-4 man, 3-4, GET DOWN!” Sometimes the calls are sudden, but frequently you can hear them coming from half a lead away as they prepare themselves for the momentous call, welling up as if somehow inflated by an invisible pair of bellows.

The calls of a twitcher are so brief that you could easily mistake them for a hiccup or a cough. Indeed, these guys could be accused of not enunciating their worms properly! It seems to me that the reason for their slightly jumpy nature is that they can be quick to criticise but less keen when asked to take the responsibility on themselves. When encouraged to do so though, they frequently do well, despite their demeanour, which reveals that they are probably expecting to fail. 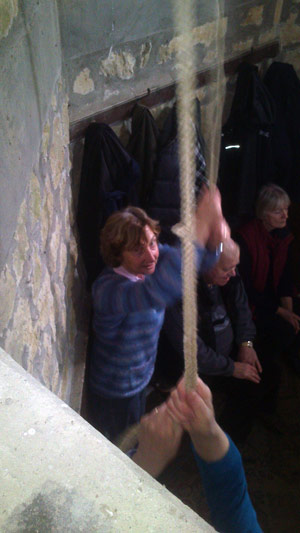 I’ve heard some people in the past say “Stand, please” and “3 to 4 please”. Whenever these guys conduct anything, it is done as if each call were part of a conversation. “Bob” and “single” sound like a request rather than an instruction. Such conductors like to operate well within their field of capability and would really rather someone else were asked to call. They rarely think it’s wise to call anything themselves, which is a shame.

This type of conductor is really enthusiastic and always very keen to call things but perhaps doesn’t have all of the necessary theory knowledge. Consequently, they often seek reassurance from others in advance. I see lots of youngsters like this, who, with the right encouragement and a few helpful pointers, would make a fine job of conducting.

Often more experienced ringers who are perfectly capable of conducting touches but are usually reluctant to do so, largely because they don’t usually get the chance. They often ask to be excused when asked to call something, or if they cannot get out of conducting then all their bobs come with a bit of uncertainty and an added question mark at the end, “Bob?” It should really be an instruction, you know, not a request.

This sort of conductor often calls bobs in an off-hand and casual manner. Well known for making cheeky and witty interruptions during serious pep talks from the Tower Captain, these guys usually have a touch of almost anything ready to go at a moment’s notice, just in case they’re needed. Handy people to have around. 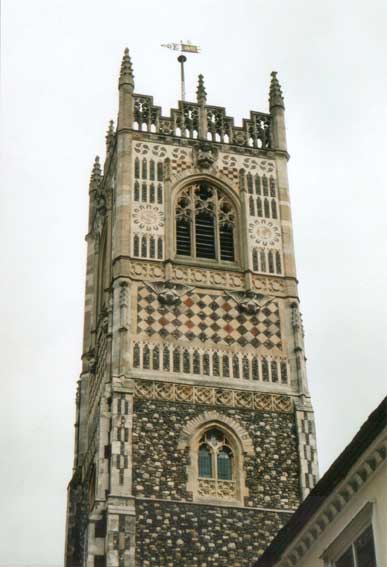 until I’d put types of conductors into these broad groupings that I realised just what I’d got…. It’s the cast of Dad’s Army! Can you imagine what it would have been like if they had all been bellringers?

Jones would volunteer to call anything. The calls would be late, and the touch might not come round, but the enthusiasm would be unquestioned.

Mainwairing would boss people about, miscall it and then blame Wilson.

Fraser would be so jumpy that he’d make the whole band nervous, someone would go wrong and the touch would be dooooomed!

Wilson would be too wordy and not decisive enough should any trips occur: “Oh I say, would you mind awfully making a bob here? That really would be ever so kind of you. Thank you so much. How terribly kind.”

Pike would be looking for clarification that the fire-up wasn’t his fault. “Uncle Arthur told me to say Bob when I was in 3rds place but Mr Jones said it should be when the treble is in 3rds place.”

Godfrey would be fairly reliable as long as the touch wasn’t too long (he’d need to be “running out” as often as possible) and Walker probably wouldn’t want the attention created by calling anything, but he’s probably got a touch of most things to hand – “If you want one of those touches of Stedman with Queens, Whittingtons and Tittums in it, Mr Mainwairing, I reckon I know where I can get me hands on one…”

Parting advice? If you’re ever asked to call anything yourself, just “DON’T PANIC!”