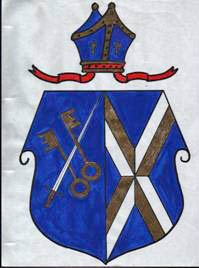 (Written for the Bridgwater Branch Newsletter, and reproduced here with his kind permission)

On 18th July 1882 a general meeting of the clergy, churchwardens and ringers in the Bath & Keynsham Deaneries was called. It was at this meeting that it was agreed to form the Bath & Keynsham United Deaneries Association of Church Bellringers.  Revd William Stokes Shaw, the vicar of Twerton was appointed as the very first secretary.

Some eight years later, on 31st May 1890, another meeting took place in the church school room at Highbridge. It was here that it was agreed to extend the remit of the said Bath & Keynsham Deaneries to that of a Diocesan Association. There was representation from areas extending across the Diocese from Taunton to Bath to Minehead and Highbridge. Revd Preb E.A Eardley was elected as chairman and a formal proposal was made that the Association should be named ‘The Bath & Wells Diocesan Association of Change Ringers’. With the motion seconded and carried the Association as we know it today was born.

The chairman was asked to outline the main aims of the Association and these were deemed to be;

The venue of Highbridge for the meeting was chosen because of its good railway links. At that time Highbridge had five bells by Warner& Son of London, installed in 1859. This new church was dedicated on 20th June 1859 and boasted eight performing members.

In 1911 ringing was suspended when serious cracks in the main church structure were found. The steeple was listing outwards and the whole church was sinking and being pulled over by the weight of the tower and spire. As a result two courses of the tower, together with the spire were taken down to roof level. The tenor bell (9cwt) was retained for swing chiming whilst the other four bells were stored and subsequently sold as scrap for the war effort. Now Highbridge has a light ring of eight bells (3.2.17).

On 5th July 1890 the inaugural festival was held at Taunton with six clergy and approximately seventy ringers attending from the areas round about. These included Bath, Taunton, Minehead, Dunster, Old Cleve, Highbridge and Wells.

The very first Annual meeting was held at Bath on 15th August 1891. It was reported that a total of 194 members from 19 towers were recorded as having attended.

The first Bath and Wells badge was brass with a choice of a ring at the top or a pin fastening. (See photo top left).   For a while a special silver badge was available, and later a cupronickel one was introduced. (See photo above left).  The most recent badge was designed in 1990 by Roy Rice of Banwell, to celebrate the centenary of  The Association.  It is circular with small bells around rim , in brass with a dark blue enamel outer border and shield. Some of these were also produced in silver. (See photo above right).