The East Coker ringers have always known that their clock was special, but they had not realised until recently that it was made by Thomas Bilbie. The following information has been discovered by Mrs Lesley Lindsay who visited the Somerset Records Office to look at the church records. What is still not known, is why the clock has always been known locally as “The Blacksmith’s Clock”.

The Churchwardens' record of 1772 show that meetings, in the Vestry, to discuss the new clock cost £16 18s 0d and that letters to Thomas Bilbie cost 2s 6d. A record of 17/10/1771 states "John Barrett & Thomas Giles, churchwardens, to Thomas Bilbie to make & set up a clock & chimes in a 'compleat' manner according to this agreement this day."

Before the clock could be fitted the accounts of 1772 show payments to:
Mr Watkins £2 16s 7½d for making 'trounks' for clock & Chimes.
Thomas Bilbie was paid £63 0s 0d for the clock, and the carriage from Cullompton was £2 12s 6d.  It is also stated that "he made a chime barrel for the parish of East Coker" 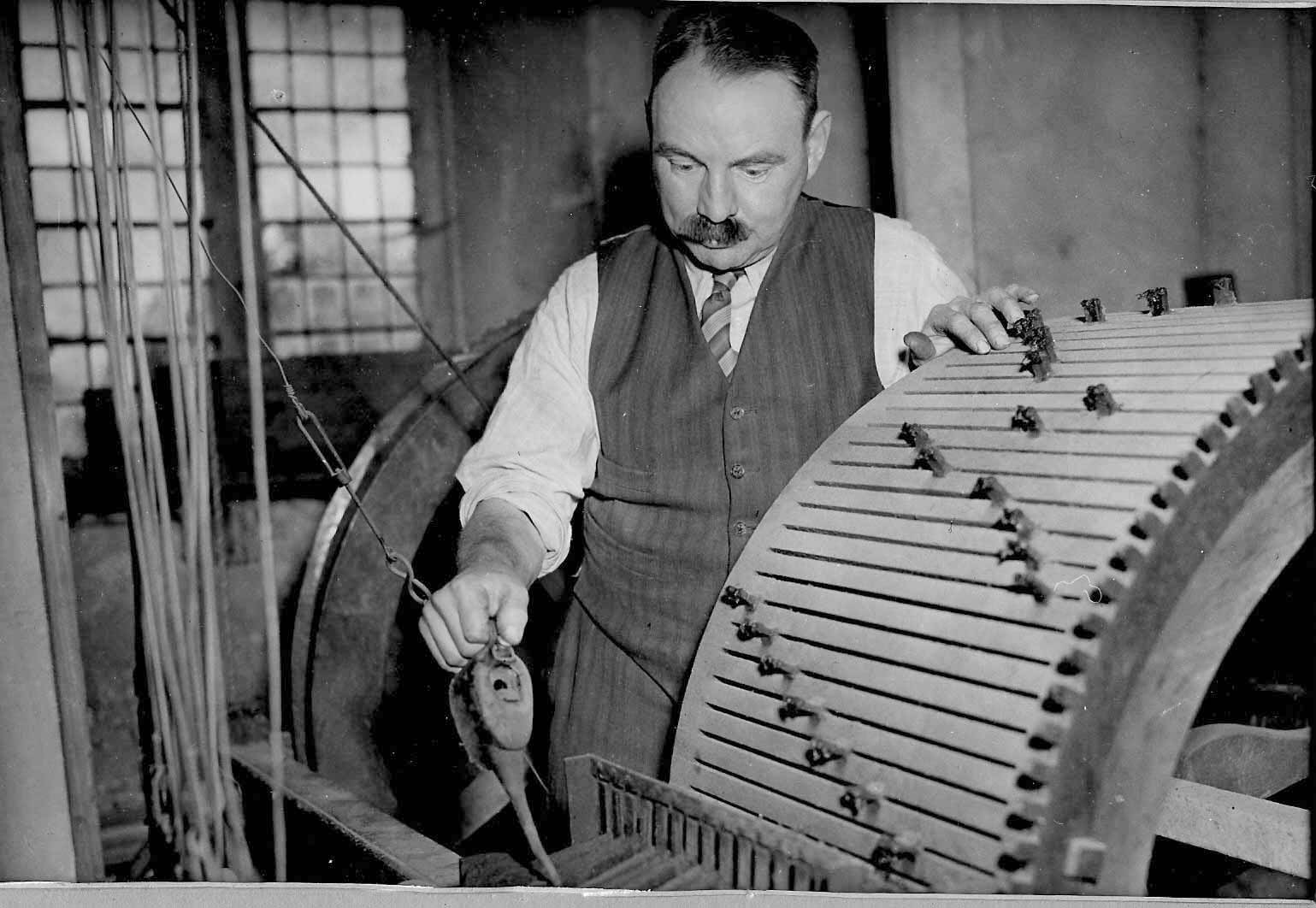 The clock was fitted into the original church tower, but in 1790 it was found to be unsafe, and plans for a new tower were put forward.  The cause of this could be attributed to Thomas Bilbie.  For in the Churchwardens' records it was stated on 22/08/1768 "shall 'gett' the five bells in this tower converted into 6 at the expense of the Parish of East Coker. Mr Bilbie bell founder & Mr Bickett bell hanger." and on 13/13/1770 "Churchwardens agree to Mr Thomas Bilbie to make 2 new upper bells".  Maybe an additional three bells and a new frame were just too much weight for an already unsound tower!

Every three hours throughout the day and night, at 9am, 12 noon, 3pm etc, the carillon plays the same tune.  It is thought to be the 'Old 113th' in the Ancient & Modern Standard Hymn Book and therefore was probably sung to Psalm 113 in Sternhold & Hopkins Metrical Psalter of 1562

The clock and carillon required daily winding and in modern times Mr Frank Foot of East Coker did this daily for 60 years until 1977 when the winding systems of both were electrified.
The clock and carillon are housed in the second chamber of the present tower and it was recorded, in 1794, that "John Hancock was paid £12 12s 0d for putting up of church clock & chimes" where they are still found today.  Lesley Lindsay