Many people will have already heard that a serious accident occurred during Kilmersdon practice
on Tuesday evening, November 5th, 2013.

In an attempt to prevent this from spiralling into a ringing public relations disaster, here is a statement of what appears to have happened.

During evening ringing, the tenor gudgeon (main axis spindle) of the bell sheared close to the headstock, causing the bell to wedge in its bellframe pit. As the bell swung down, it twisted and crashed through the cast iron frameside which it shared with the 5th bell. This shattered the bearing housings of the 5th bell which fell through the bellframe and belfry floor, coming to rest between two timber beams in the clock chamber floor (ringing chamber ceiling) some 20 feet below. This scattered timberwork and debris into both the clock chamber and ringing chamber.

There were 8 ringers in the ringing chamber at the time, all of which escaped unhurt. One ringer tripped on the stairs and sustained minor injuries requiring hospital treatment, but was released several hours afterwards. 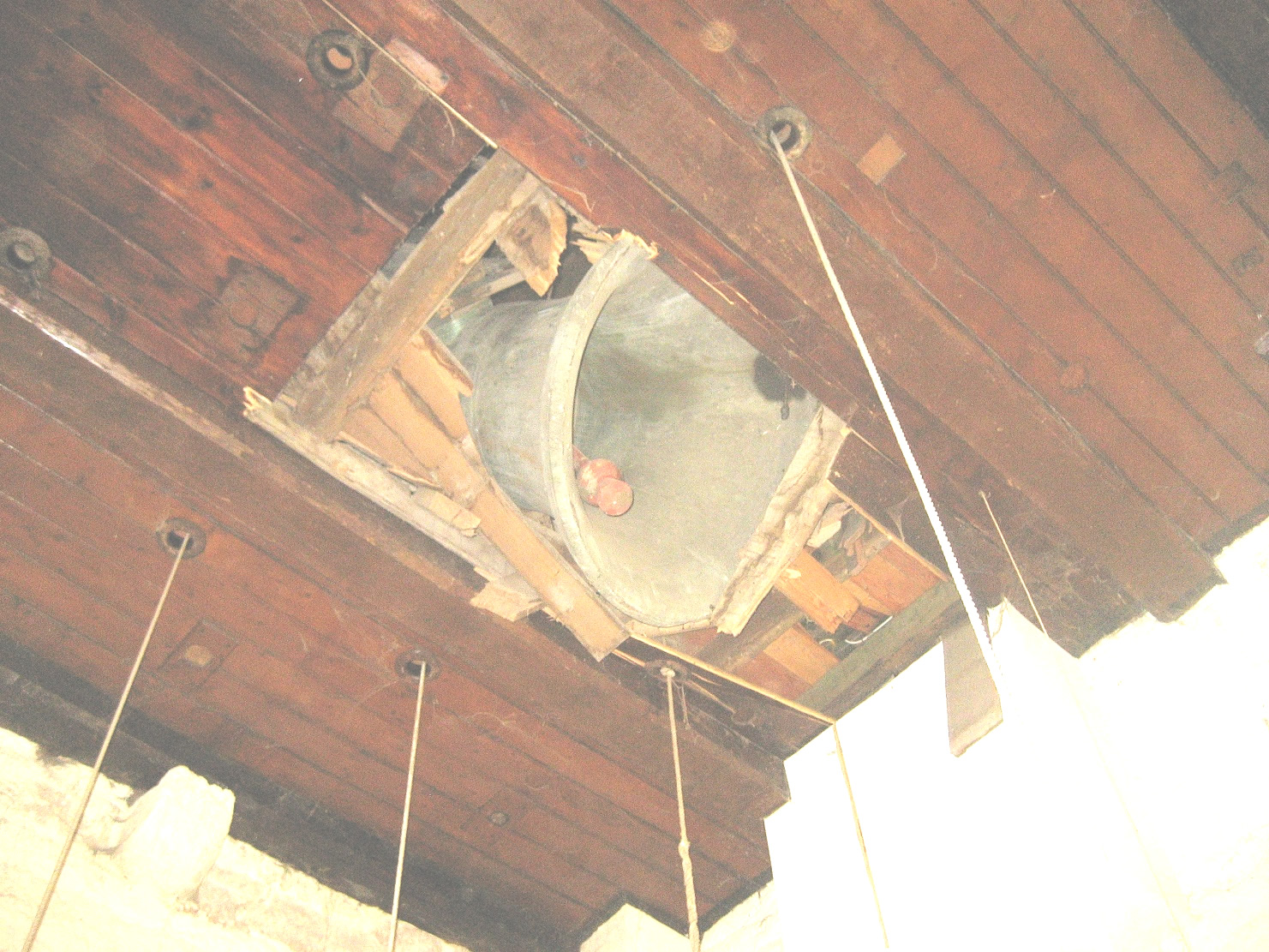 Myself and two colleagues arrived on the scene at around 21.30hrs. Following a visit to my workshop to collect some lifting gear, steel beams and strong ropes, we were able to temporarily secure both bells to stop them from falling further and causing any further damage. Bells 1,3 and 4 rang themselves down following the accident, causing some damage to pictures and other fixtures in the ringing chamber. The 2nd was found to be in the up position. This was lashed to the frame whilst we worked on Tuesday evening, and was successfully lowered the following morning. Following an assessment from EIG and the Church Architect on Thursday afternoon, we were asked to remove both the 5th and tenor bells to our workshop for a detailed inspection. We have also been asked to temporarily repair the damaged tower floors to enable a full assessment of the damage to the bellframe and recently restored clock to be undertaken. This afternoon the 5th was raised from its resting place in the clock room floor and is now resting on timber beams and whilst also supported on lifting gear. The tenor bell has been secured in its current position and will be moved early next week. The church and tower remain closed until our works are complete.

Several people have suggested that this accident occurred due to lack of maintenance. Nothing could be further from the truth! Kilmersdon bells have been meticulously maintained by the local ringers for many years (unlike many other towers within our area). Nothing other than a complete strip down of the headstock, gudgeons and bearings could have predicted this failure - something which is rarely undertaken from one end of the century to the next!

The picture shows the 5th coming through the ceiling of the ringing room, prevented from falling right through by two timber beams.