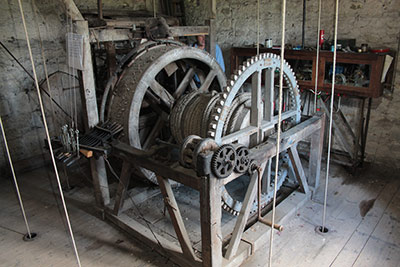 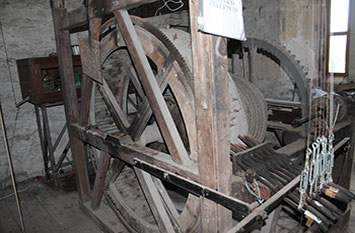 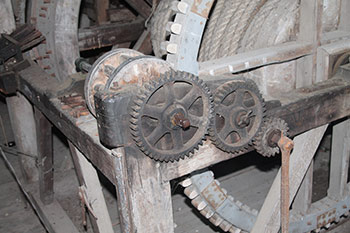 The chiming barrel at Mere, Wiltshire, has been disused for many years. No one seems to know what tune it used to play or how it was connected to the old clock. However the present Tower Captain has replaced some of the worn parts in an attempt to get the barrel working sufficiently to be able to wind the handle and play Rounds, Queens,Tittums and Whittington’s on a Sunday morning if there are insufficient ringers,

Looking at the photos, I’ve noticed that the “Birdcage Gear” is unusually wide. Looking at Picture 3, the Birdcage Gear is the small circular device behind the biggest cog. By sliding it across left or right, you can engage or dis-engage the extra low gear for winding up the weights. At present, the winding handle is on the smallest cog, which makes winding easy. A strong man would place the handle on the biggest cog to get the job done quickly. 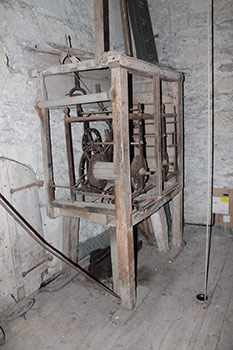 The old clock, which is still in the tower,
is by Kingston Avery of Mere.
It is thought to date from about 1750.