A local historian at Norton Sub Hamdon recently came across the information that a bell was tolled to communicate the sad news that someone had died in the village.  It was 3 - 3s for a man and 2 - 3s for a woman.

A plea for more information on this tradition was sent out to members of the Bath and Wells Association, and here is a compilation of all the information that was received in reply.

Many thanks to all the people who contributed - too numerous to name! 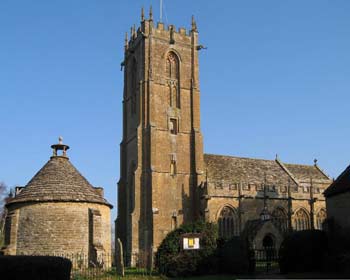 For hundreds of years it was considered proper to ring when a person was actually dying, known as the 'Passing Bell', in order to protect the soul from the devil or evil spirits while on its journey.

Later it seems that the tradition changed slightly, so that the tolling took place after the death.

This tolling is commonly known as the "Nine Tailors", a name almost certainly corrupted from "Nine Tellers", or maybe “tollers”.

It would comprise the Tenor bell being tolled nine times, in three groups of three (i.e. a longer pause after each three tolls), for a man; or six times, in two groups of three, for a woman. These six or nine "Tellers" would be followed by further tolls totalling the age of the deceased.

In some communities, just three "Tellers" would signify the death of a child. The bell used for this might also have been smaller; for instance, if the tradition was to toll the Tenor, for a child the Treble would be used instead.

Nowadays, with announcements of deaths in the community being somewhat less immediate (largely because everyone no longer knows everyone else, and churches rarely now have a Sexton who would have undertaken the tolling), and deaths more often happen in hospitals instead of the person's own bed under the care of the village doctor, these traditions may have been transferred to just before or after the funeral service rather than on the person's death.

When the tenor bell began to toll, the first three made you stop what you were doing and take notice. The second three told you it could be either a woman or a man, but if there was a third  three it was definitely a man. Then it was tolled once for every year of the deceased’s age, so that you knew it was old Mrs So and So or young Billy who had been kicked by a horse yesterday.

The chiming of 3 gap 3 gap 3 is the same as the Angelus which is rung at the raising of the Host at high church Holy Communion.

In some instances, in medieval times on the death of the Knight of the County or some other great nobleman, a period of 30 days tolling was ordered and paid for! 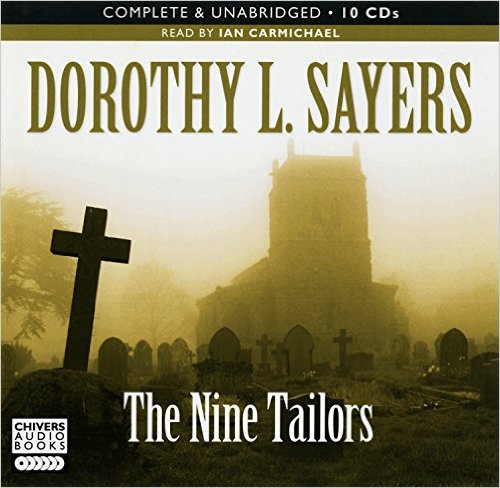 Dorothy Sayers used the theme in her book called "The Nine Tailors", which is all about a murder and a long peal of Kent Major and although written in 1934 is still a good read.

The bell used in the novel for the announcement of a death is dedicated to St Paul. Apparently this is in acknowledgement of the help Miss Sayers received from Paul Taylor at the Loughborough Bell Foundry.  He provided her with the detailed information about ringing that she needed for the book.

Only one reply mentioned that the Nine Tailers is still in use. In Carhampton, in west Somerset, the ‘passing bell’  is still rung sometimes.  It requires one blow on the tenor for each year of the person’s life, plus seven more for a woman and nine for a man.

In South Petherton, the tradition of the blows denoting a man or a woman are not rung, but the age of the deceased is usually rung immediately before a funeral.  The whole band sit and count and hold their breath and hope that the ringer manages to set the bell at the right number of blows.  Odd numbers can be difficult!