From my point of view one of the most satisfying bells to ring.  I’m talking about covering in this instance.  The first thing to do is to develop a sense of rhythm.
Listen to all the bells and count them round in your mind.  You are supposed to be ringing with them, not after them. There’s an old saying:- The Treble starts the race, the Second sets the space and the Tenor sets the pace. 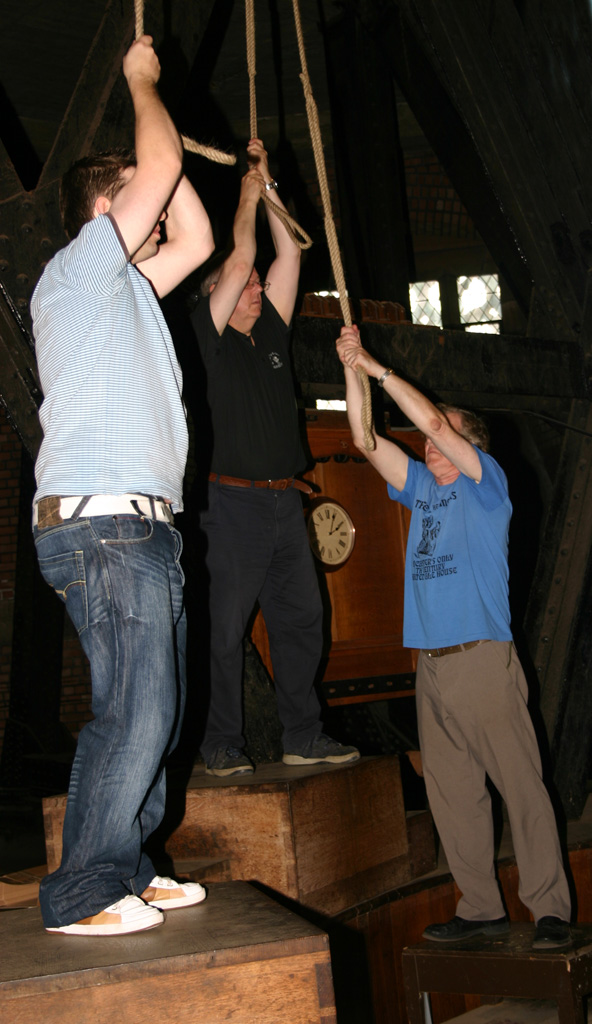 
Remember you are one of the team so join in, don’t hang back and leave a damn great gap after the bell in fifths place.  If you keep your backstrokes in you’ll help the person trying to achieve an open handstroke lead.  Contrarywise, don’t crowd the bell in fifth’s place.  Not only will it be impossible to achieve a rhythm, but you will annoy people, they do not like being clipped.  As you progress and hopefully start noticing the finer points of covering you will develop the art of anticipation.  You hear someone thrashing about in the middle, so immediately pull slightly harder to get your bell higher, because you will find the bells following the miscreants will instinctively hold up and if you keep ringing at the same speed there will be a crunch that will sound as though it’s your fault.  If there is subsequently a crunch, it will now sound as though it’s the person leading who has made the mistake.

Now lets get back to covering doubles, Plain Bob for starters.  I try to explain the sequence of covering by suggesting you imagine a birthday cake with candles.  I find most people can relate to food.  It’s a young ringer’s tenth birthday and mum has made a circular, iced, cake with candles equally spaced around the edge.  Two red ones, then working around the cake, two yellow ones, four blue ones and finally two green ones.  The cake has been placed on a revolving stand, which is rotating, so the candles pass you two red, two yellow, four blue and two green.  These candles are now bells, the red ones being the Treble.  You strike two blows over the treble, two blows over the next one that comes up into fifth’s place, four over the next and two over the final one.  Now the Treble is back again and off you go once more.  Simple!


If in doubt, LISTEN, it’s much more important than looking.