Article from the Docklands and East London Advertiser, with the kind permission of the author, Mike Brooke. 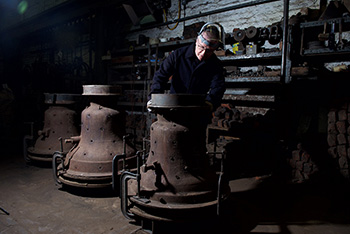 The last batch of tower bells has been cast at the historic Whitechapel foundry at the premises it has occupied since 1738.
Britain’s oldest manufacturing company set up in Whitechapel in 1570 is closing in May. 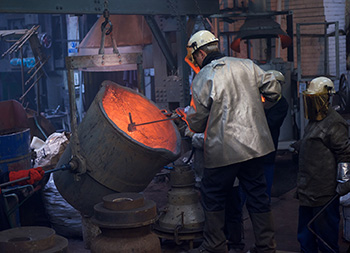 But the tradition of the Whitechapel bells is continuing, with the manufacturing patents bought by a bell-hanging company in Oxfordshire.
The foundry has been owned by the Hughes family since 1904. But its directors, Alan and Kathryn Hughes, have decided to sell the premises after years of struggling against economic pressures and the high cost of maintaining the listed building in Whitechapel Road.
“It was with a heavy heart that we decided to end bell production at Whitechapel,” Alan said.
“We have taken a difficult decision to sell, but commercial reality means a viable business can’t continue operating from a location that has been unsuitable for the industrial process of bell-making for many years.” 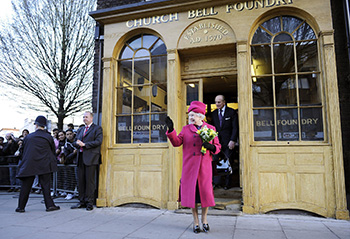 The reality is that the demand for church bells at home and abroad has also declined year on year, he has found, while manufacturing costs continue rising. The building also needs extensive upgrading, estimated at £8million.
Whitechapel has changed in recent years from commercial and industrial use to almost entirely residential. New developments are being built next to the foundry that are “incompatible with its industrial output and noise”.
The much-changed roads in the area, for a start, now make it almost impossible for large vehicles to access the foundry for loading and unloading. 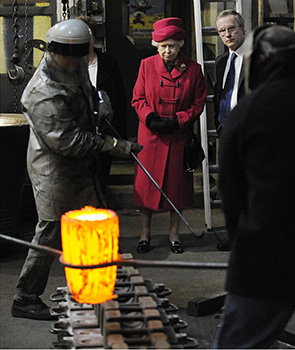 But the historic status of the building is protected by a Grade II-listing that the buyer is committed to bringing back into good repair.
Alan has also has secured a future for the ‘Whitechapel’ name and the unique sound and shape of its bells, which are now to be cast by a foundry near Oxford, White’s of Appleton, Britain’s oldest bell-hanging company established in 1824 which has worked with the east London foundry for nearly 200 years.
The bell foundry records, meanwhile, are being given to the London Metropolitan Archives for public for research, which was not possible while the foundry was in full production.
The last tower bell to be cast at Whitechapel is for the Museum of London, with the foundry donating many artefacts including items from the casting of Big Ben in 1858.
Whitechapel has made some of the world’s most famous bells apart from Big Ben, like the original Liberty Bell in Philadelphia, the bells of St Paul’s and Westminster Abbey and the peal which rang on the Herald Barge for the Queen’s Diamond Jubilee River Pageant in 2012.
The Queen visited the foundry in 2009 to see bells being cast while on a tour of east London manufacturing companies.

Photos of the Queen's visit are ©Adrian Dennis/PA Wire