In 1999, The South Petherton Ringers had the opportunity to ring at the Curfew Tower at Windsor Castle. This is a collection of memories of the day from Dot Hudson, Reg Beale, Helen and Derek Beaufoy and Nicola and Richard Dowdeswell.  Roger Coe also contributed, although a badly timed holiday in Scotland meant that, having organised the trip, he was unable to come!  We have also added some information from a (very) old Official Guide Book.

Roger Coe, one of the South Petherton ringers, used to  live at Windsor, and while he was there he was honoured to be invited to become a Lay Steward at St George’s Chapel.  One evening at the Petherton practice, he rashly offered to try to arrange for the ringers to ring The Curfew Tower bells.

The bells are ONLY rung for the four Patronal Saints, Royal birthdays, Christmas and Easter, New Year, one or two other special occasions ( eg Garter Services) and a very few weddings, and visitors are not generally permitted to ring.

We were very lucky to be invited  to join the local ringers for Princess Margaret’s birthday. 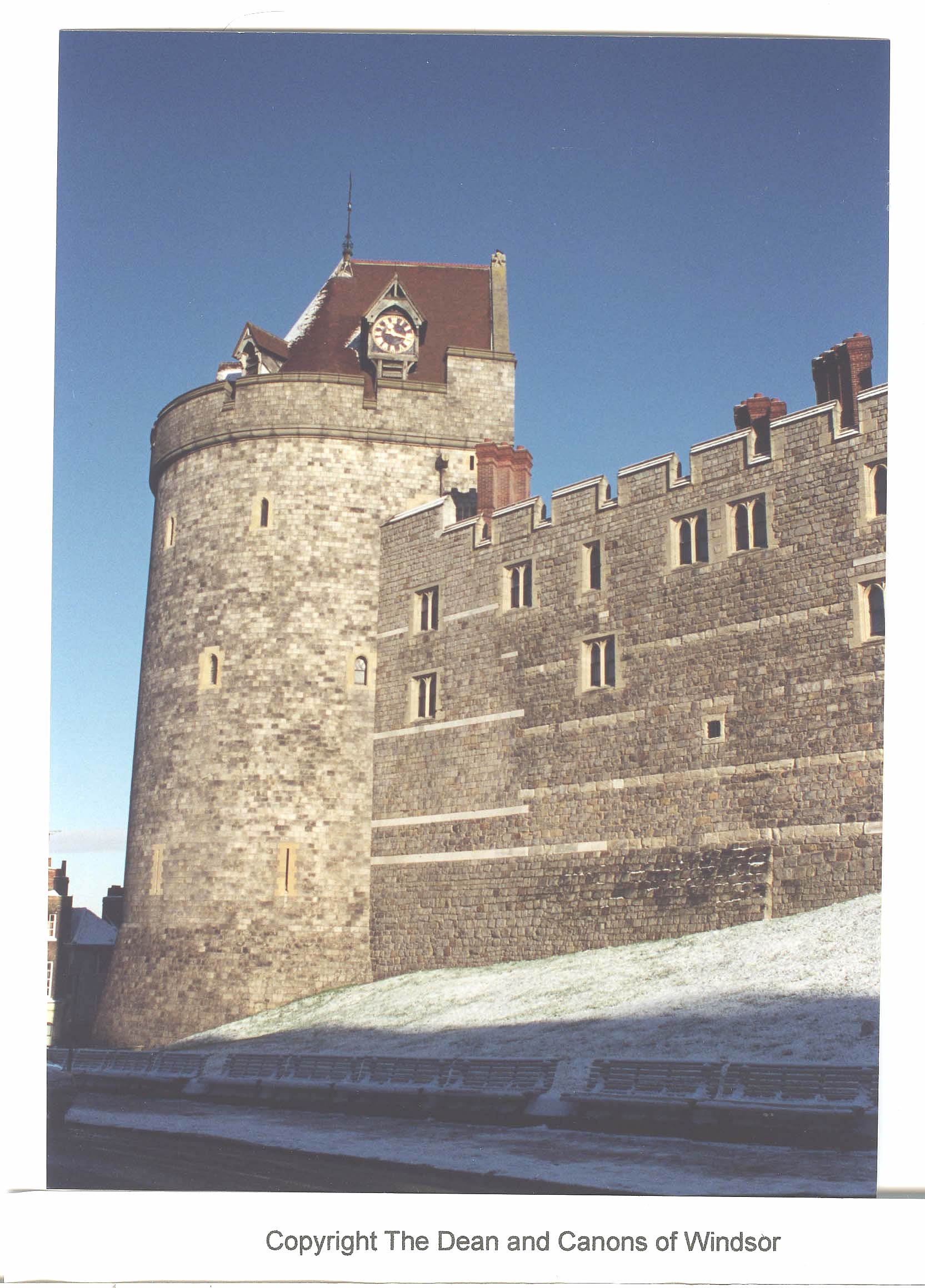 When we arrived at The Castle, we had to meet at King Henry Eighth’s Gate to be checked off of the list by the man on the gate.  Those arriving late did not get in!  We walked through the castle grounds, past the notice that said “No members of the public beyond this point”, and past the Horseshoe Cloister, where the Lay Clerks, Virger and Sacristans live.

The Curfew Tower was built in 1227, by King Henry 111.  It is the oldest part of the Lower Ward of the Castle, and is in nearly it’s original condition.  In about 1477 it was given to the Canons as their belltower, and the timber work in the ringing room dates from then.  Apparently it was to be a temporary home for the bells, as a tower was to have been built on St George’s Chapel.  However, this tower was never built, and the bells have remained in The Curfew Tower ever since.

We found our way into the vast, dark, dingy ringing chamber on the ground floor. It was clearly a storage facility for dozens (maybe even hundreds) of plastic chairs and trestle tables. A bit like a utility room behind a village hall but on a vast scale.

Because the tower is so huge, the ropes are very spaced out and the draught is very long.  In addition to this, the bells are hung anticlockwise (or widdershins as Richard put it), and it all makes them very difficult to ring.  Most of our band had only been learning for a short while, and even the experienced ringers found it awesome.

The Chapel ringers only allowed two or three of us to ring at a time, and the only method rung there is Grandsire Triples.  At that time we NEVER rang Grandsire at S.Petherton, so it was all in all a pretty frightening experience. 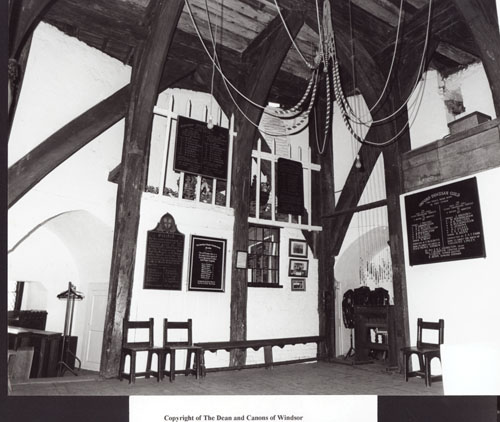 Derek remembers that the stairs leading up from the ringing room were made of quarters of tree trunks.  We were told that upstairs there is a canon which is still trained on the bridge over the Thames in case of an attack.  Also from upstairs there is the entrance to an ancient passage called a “Sally Port”.  The passage descends through the thickness of the wall, then underground to a point about half way across the street.  It used to come out in the castle ditch, allowing the defenders of the castle to “sally forth” if there was a siege.

Beneath us, in the dungeon, a party was going on.  Hoards of excited small children were running up and down the stairs to watch us ringing.  The dungeon has a 13th century vaulted ceiling and it’s walls are 13 feet thick, making it ideal for it’s past use as a prison.

The bells are a 26 cwt eight, all of which have been recast since 1612. The clock, made in 1689 by John Davis of Windsor, chimes every three hours, night and day.  It plays the hymn “St David’s” and the King’s Change.


Our day out was altogether an unforgettable experience, and one that we know we were very privileged to have.